This is one game console that i still don't know why the freaking hell it never came out in North America, but with the Fairchild Channel F, RCA Studio II and the Atari 2600 that was already on the markett (in 1977), i can understand at some degree for this game that Texas Instruments created (with the help of a handful of TTL chips of course) was considered "obsolete" on the actual market (again in 1977), but damn!... that could have been fun to had especially that APF was going to release it as the APF TV-Fun model 500 (see the picture below): 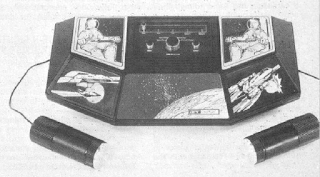 Pretty cool looking right ?  But it was canceled before it was going to be officially released..sigh!

But a Japanese company decided to released this game console, it was the TV-Jack 2500 by Bandai. Actually the full name is: Bandai Video Mate TV-Jack 2500: 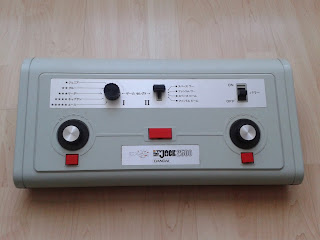 It's very easy to play it, it's like the arcade game "Gun Fight" by Midway but with spaceships and barriers instead of cowboys and cactus/wagon. Here's a video i recently made:


** WARNING! Decrease your sound before playing the video since the sound was recorded amplified...i goofed! **

And if you don't understand the Japanese writing on the console, fear not! Here's the translation for
non-Japanese readers: 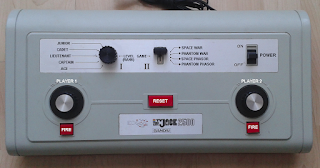 And here's a few pictures on my 48-inch screen (damn these are big pixels!): 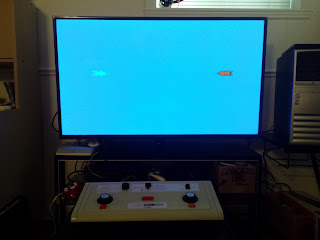 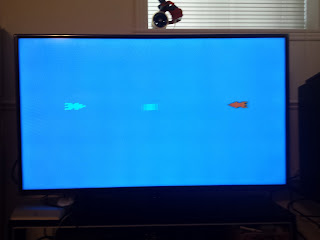 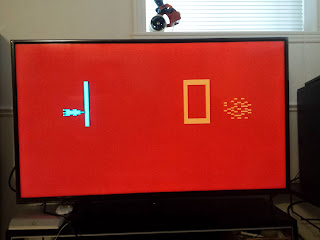 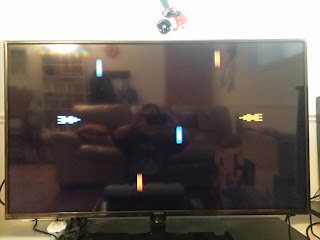 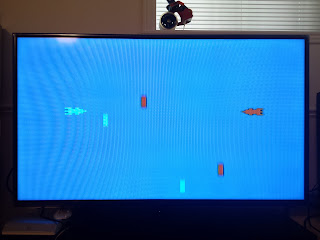 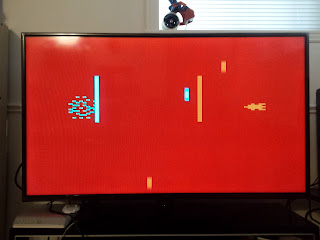 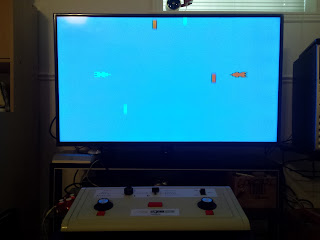